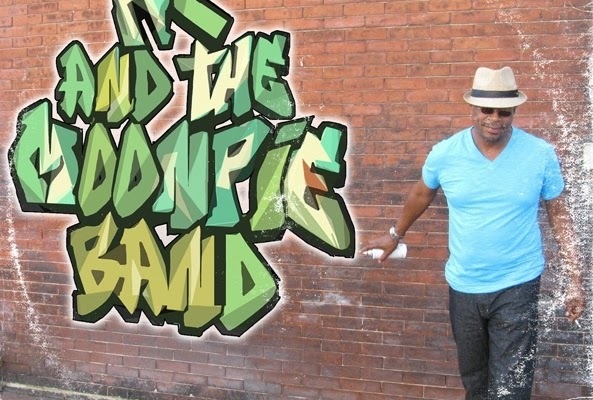 Winnabow’s RC and the Moonpie Band likes to have a good time, potently clear from the energy on their album Individually Wrapped and the liner notes injecting a reader with a sense for the beverages that went into making the band and its thirteen songs.

The band plays blues with a backwoods and a party-minded sensibility along with the chrome and concrete of a big city. Individually Wrapped is a blending of them all, led by the whiskey soaked and lessons-learned vocals of Robert “RC” Christian and Gary Pope’s slide guitar (it twirls and aims to hypnotize on “Squeeze Play Blues”).

The songs (with “Funky Carolina” hidden at album’s end) are rife for the live show (especially “Like a Puma”) while some bear the constraints of being corralled by the fencing of a studio recording (also “Puma”). It would be interesting to hear a live album from the band, to hear the fire of these songs played with abandon. That said, many of these songs bear a “live feel,” with some sense of immediacy as if you’re in the room with the players.

The band ingratiates original material with covers, some surprising like Prince’s “Kiss” some not so much, like “Wang Dang Doodle” which is a lusty version nonetheless. Original song “Sweet Tooth” is playful and has fiery guitar playing but wanders by segueing into a chorus lift from Bow Wow Wow’s “I Want Candy.” It’ll go over fine as a live number but slows down the song here.

Another original, “Country Girl,” is an album highlight that recalls the kick of a Snooky Pryor number. It spotlights the gold that is a simply elegant down home southern woman. Winston Churchill has been quoted about their charms and Van Halen praised such unfussiness with 90s hit “Poundcake.” The Moonpie Band do just the same, singing about things like cutoff jeans, good cooking and that “She’s a country girl/Ain’t seen no city lights/Don’t think she will/But then again she might.”

The shine of covering a song is to make it your own. With “Kiss” they do so with mixed results, adding colorful acoustic guitar playing but slowing the speed of the song too much and adding kissing sound effects. “Viagra” has a solid backbeat and rhythm but the song plays out too long, again maybe it fares better in the live setting. “F in Funk” opens the album and smartly so, delivering a smoky, juke joint feel.

“Hope in a Hopeless World” and “Lonesome and then Some” takes the energy down with serious subject matter. Both are solid covers, the former boasting angelic additional vocals from Lorette Christian and the latter is elevated by Robert Marlow’s gritty guitar work.