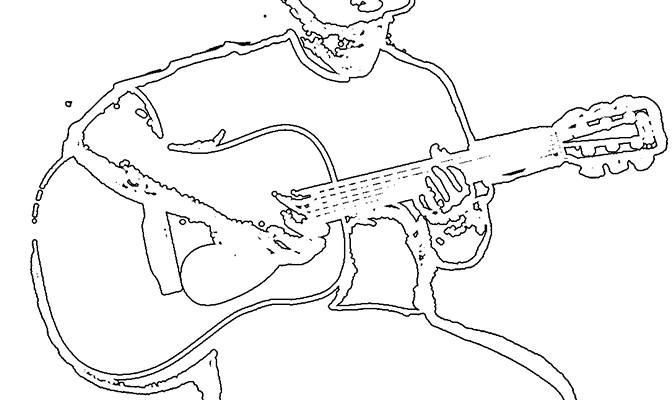 (originally published in Star News with additional Q and A)

“The biggest thing that stands out about last year’s touring is I realized Los Angeles doesn’t have to be home forever,” Kushnir says. “I saw so much of this country, played in so many cities, and it became very apparent I am ready for a simpler, slower life. I don’t feel more at home on the road. Wish I could say I did, because it would make touring easier, but my home is where my daughter and her mother are. They have joined me for some shows and that is very special when they get to. They joined me for a show in Tampa last year, one up in Lake Tahoe area, a few others, we all had a blast.” 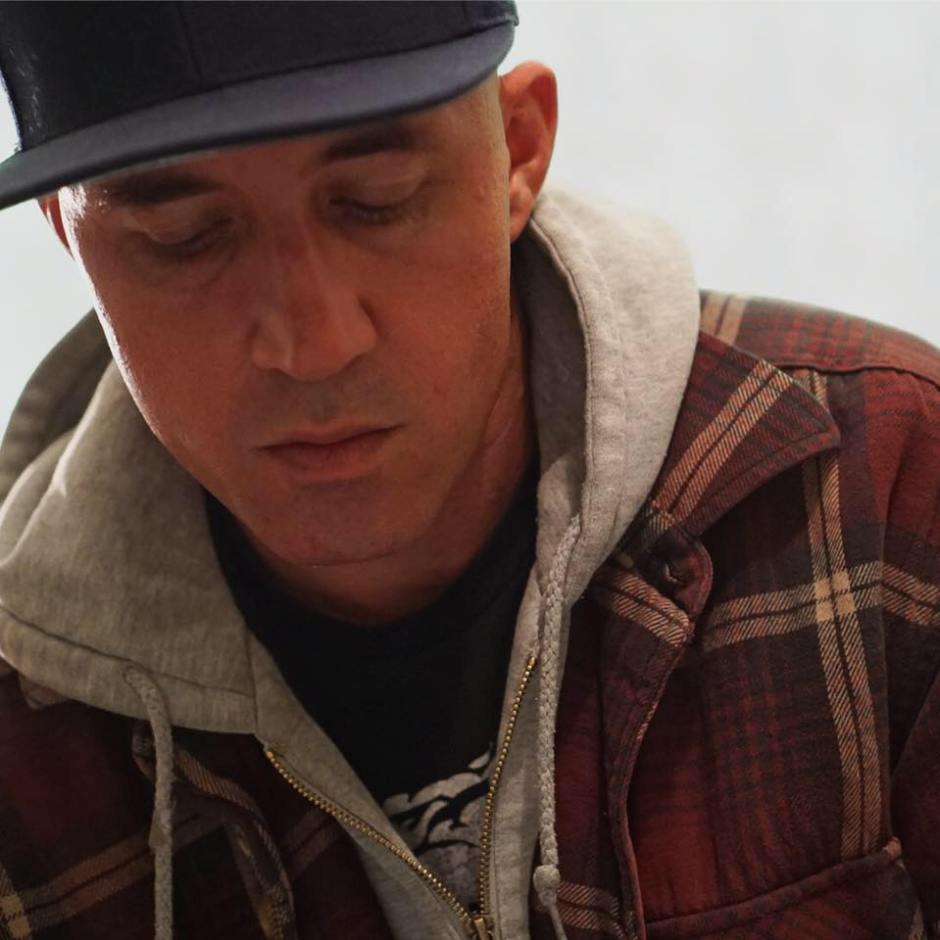 The self-taught multi-instrumentalist has a wife and daughter and records in a homemade California studio. The intense congestion of Los Angeles became too much and began spending more time in Northern California near Yosemite.

“I’ve found being outside in nature is much more important than I realized,” he says. “In terms of my personal life, I am definitely more Sunday morning than Saturday night.”

Buffalo Thunder boasts great material and a full, rich sound – “Falling” is lovely, as though plucked from the 1950s, and “Don’t Like Dancing” is lively but with subject matter that’s understandably distrustful.

“I was in one of those moods where everything was making me upset. I started writing about things that might be considered trendy or fun to people and how I don’t like them. But, when I got to the end of the first verse, I realized “But I sure like you” rhymed with the line before. I’m pretty sure I said to myself, out loud, “Ugh, now I’m gonna have to make this song cute.”

While garage-psyche album closer “Slow Down Mary” hints at a different sound (or band) for Kushnir, its album opener “While I’m Young” that weights Buffalo Thunder, both for defiance and hip-shaking ambiance. It also couldn’t be more fun, like the energy of a back porch ditty.

“(It) was inspired by feeling pressure of getting older and needing to make something of myself. It’s not my new life, more like life goals or ambitions. It’s how I wish I could act if I didn’t have to be an adult. People seemed to be drawn to that one because I think I’m just voicing the feelings most people in this country, after a long day, week, or life of work.”

Kushner credits the up-tempo vibe to a percussionist named Wolf. Planning Buffalo Thunder Wolf came to mind quickly and led to adding cover songs they played a lot while touring – a harmonica soaked version of “Mojo Workin” and gospel flavored take of Ray Charles’ “Talkin Bout You.” Like an unspoken tradition, he reworked lyrics for “Mountain Dew” and delivers a hearty but spare version of “Goin Down the Road.”

“It was Bill Broonzy’s version I encountered first, and still my favorite. Pretty much any song he recorded usually ends up being my favorite version. He was, and still is, one of the biggest inspirations for me to learn play guitar the way I do.”

Though his family sometimes joins on tour, Kushnir will perform solo at Satellite, a singer and his guitar. He’s aware of touring’s give-and-take, that it brings joy to strangers and stress to those he’s close with.

“It’s hard being away from my family, not just for me, but more importantly for them. But that comes with the territory and I’ve just tried my best to let them know how much they are loved and appreciated.”

How is life and how are you juggling family and playing music?

Life is extremely beautiful and rewarding at times and terribly challenging at others. Playing music is an interesting job, in that it brings a lot of joy to people who don’t know you well, but can also put a lot of stress on those that are closest to you.

What experiences or changes inspired the new album?  Not just personally, but musically. There are a lot of flavors here, especially on “Fallin.”

I write almost all genres of songs. The first song I wrote was a ragtime piano piece when I was eleven. Believe it or not, I have produced and rapped on hip hop songs in popular video games and TV shows like Saints Row IV and Ray Donovan I did an entire bebop/jazz soundtrack for a Christmas movie a couple years ago. I’m just truly a lover of all music genres and I just get inspired, I guess.

I will say, throughout my career I’ve been told more than once to “pick a lane” and so I just have kept all of these different projects separate from each other. I think I’m just finally getting more comfortable with myself and my path in life and that probably came through on this record.

For the show, will it be you and a guitar or are musicians joining you for the tour?

Just myself and my guitar. My last tour I had my good friend and percussion player with me, Wolf. He wasn’t able to make it this time, so it’s back to the basics.

Is “While I’m Young” a reflection of your new life or personal ideology? It’s a great song.

Thank you so much. Yeah, that song was inspired by feeling this pressure of getting older and needing to make something of myself. It’s not my new life, more like life goals or ambitions if you will. It’s how I wish I could act if I didn’t have to be an adult. People have seemed to be drawn to that one because I think I’m just voicing the feelings most people in this country, after a long day/week/life of work.

The new album, it has a different energy, more Saturday night than Sunday morning.

Well, in terms of my personal life, I am definitely more Sunday morning than Saturday night. I do think the album came out a lot more up-tempo because of the collaboration with my percussion player I mentioned earlier. I wanted to put more instrumentation on this album and I’ve always found that if I lay down the drums and or percussion early in the recording process it gives the songs a solid base to develop from. He was the guy I went to first and so he kind of set the tone for those tracks.

Was it always the plan to do a bunch of covers for the album?

No that wasn’t the plan, but we had been having so much playing those songs I felt like we’d do listeners an injustice by not giving them a solid recording for them to listen to when they go home after a show.

Did you record and produce the album on your own again at the home studio?

I did. I have to say, it makes me happy to hear you say that because my own, sort of, mini-challenge to myself was for this record, was to see how big of a sound I could get with as little instruments as possible. Take “Mojo Workin” for example. That song, to me, has one of the larger, fuller sounds of the record and I only used acoustic guitar, percussion and harmonica.

“Mountain Dew,” did you rework lyrics for it?

I did! Wolf actually introduced the band Womenfolk and their version of “Mountain Dew” to me when we were on tour and I was just floored by the recording. I started looking up other versions of it and it seemed most had adjusted the lyrics a bit, as tends to happen with songs that are that old. So I decided I should probably give it my own spin as well.

“Going Down the Road” you really make your own. What version of that song did you encounter first – Woodie Guthrie?

Actually it was Bill Broonzy’s version that I encountered first, and it is still my favorite. Then again, pretty much any song that he had recorded usually ends up being my favorite version. Anything Bill Broonzy does resonates with me. He was, and still is, one of the biggest inspirations for me to want to learn play guitar the way I do.

Haha, I’m glad you asked! Basically I was just in one of those moods where everything was making me upset. So I started writing about all the things that might be considered trendy or fun to people and how I don’t like them. But, when I got to the very end of the first verse, I realized that “But I sure like you” rhymed with the line before. I’m pretty sure I said to myself, out loud, “Ugh… now I’m gonna have to make this song cute.”