An astrologer told Alex Gruenburg he had good luck but bad karma. The news came after a tumultuous break-up and the demise of a band. Further advice included that he abandon playing music and find a real job, all this due to something he did in a past life. Luckily Gruenburg didn’t and found inspiration in music, not running from it.

“I had just finished playing in a punk group and saw Black Lips play at the House of Vans in Brooklyn,” Gruenburg said. “I thought to myself, “I need to start a garage rock band.” 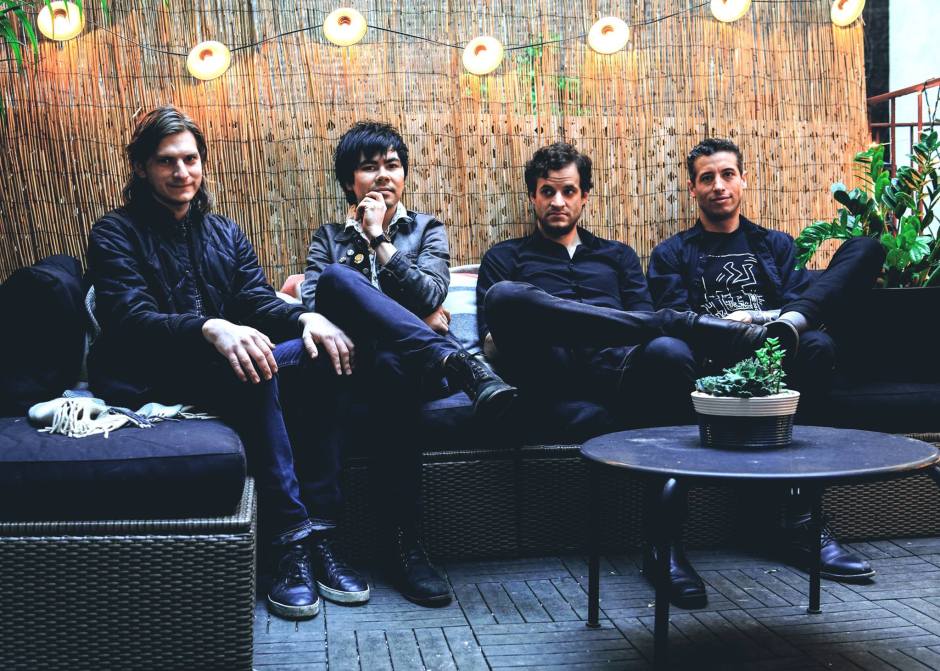 Rife with catchy songs, Good Luck, Bad Karma is an infectious album that could almost be misconstrued as a greatest hits collection. There’s great hooks and sing-along strength on “Tinder Flakes,” “Bad Habit,” and “Buried on a Mountain,” paired with the classic pop song writing on “Please Come Back (Baby You’re My Girl”) and “Not Ready.” On songs Gruenburg is part crooner, part wild man, delivering cool vocals on reverb drenched guitar rock.

“(It’s) all new material,” Gruenburg said of the album he wrote in a month’s time. “Originally I was thinking, “How many songs can I write in a month?” You’d be amazed at the free time you have after a breakup. “Good Luck, Bad Karma” definitely came out fast, but I think it’s good to edit things. Sometimes you love a part and a couple months later realize it’s not as good as you thought.”

Gruenberg wrote songs in a burst of creativity and demoed them by recording on an iPhone. He later recorded songs by himself with producer John Meredith at Mollusk Studios in Queens, New York.

“He has more of a punk rock background so we didn’t do much “in the box” (mixing music completely in the computer, not on mixing board equipment) unless we had to. Most of the guitars were played out of a Fender Deluxe 65. Actually, we re-amped all the vocals so most of the vocal reverb is coming from that.”

“I think the songs started to take on new meaning. When I was originally writing it was solely for myself, but as crowds started to grow I realized that the songs were actually for the fans. I think people can relate to a bad breakup. Songs are kind of like Pokemon. They grow and evolve but you still love them the same.”

Once the tour is done with Today Junior the band will record another album. But is there pressure to write another record, given the catalyst for Good Luck, Bad Karma?

“It’s funny you ask that. I had that worry for a hot second, but you come to realize there’s always a story to tell in life. You just need to look hard enough.”