“We were ready to drop the immature connotation of having the word “Kids” in our name, as we are all college graduates,” Chris Petto said of Chapel Hill alt-rock band Clockwork Kids’ name change to The Color Exchange. Petto, along with singer/bassist Justin Ellis are remaining members of the former band that evolved because of line-up changes as well as their overall sound.

“The biggest challenge we’ve noticed is we don’t have the name recognition anymore in the North Carolina scene we’ve spent the last three years cultivating.”

“As we were writing and recording this (upcoming) album, it became increasingly clear we weren’t the same band we formed three years ago, musically speaking,” Ellis said. “We started out as a three-guitar rock band, with lots of guitar solos and psychedelic rock passages. Now we only have one guitar and loads of keyboards and string patches and almost no solos whatsoever. It feels a lot more modern to us, and though we are keeping some songs from previous Clockwork Kids albums in our live shows, we felt it necessary to present this new material with a new identity and give it the clean slate we think it deserves.” 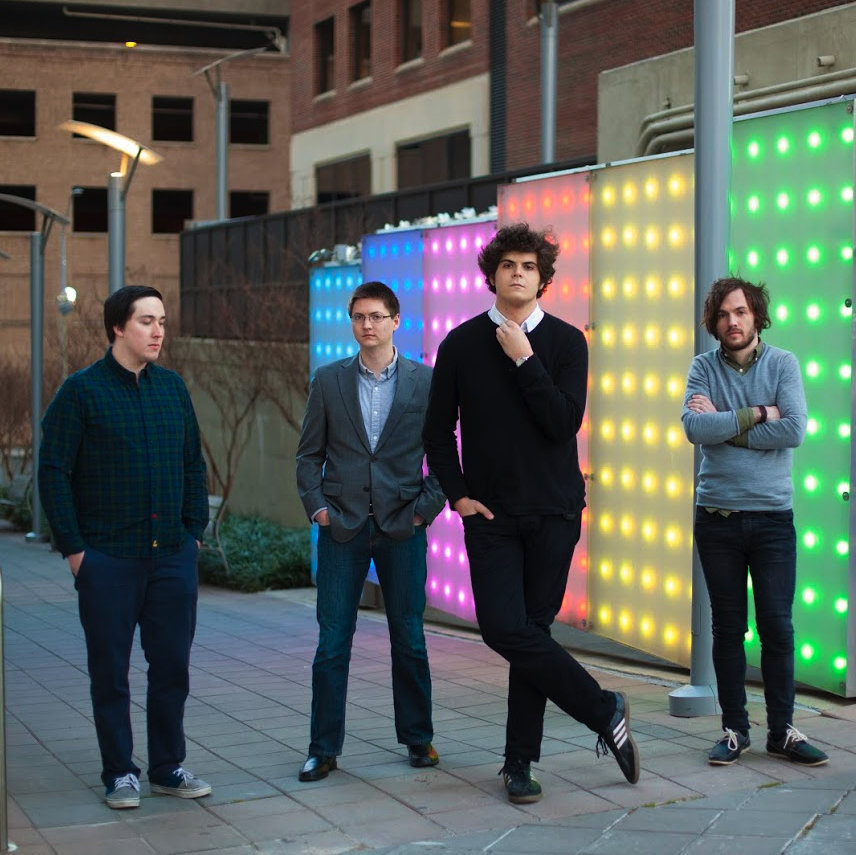 Formed while members attended University of North Carolina at Chapel Hill, Clockwork Kids itself grew out of a band ending Ellis was already in. They would go on to record and film an EP of six songs utilizing a class project Ellis needed to complete. The resulting album, The Swain Sessions, was recorded live on campus in Swain Hall. Still, Ellis didn’t think Clockwork Kids would last long back in 2012. He was partially right. Today he and Petto remain but so does the music from Rememory. They play songs from it, but with a new identity.

“Musically, we’re exploring more diverse sonic landscapes,” Petto said. “We have a very talented full time keyboardist (Chris McCarty), so we’ve been able to include a lot more strings, synths and pianos. Even though the album will not be “electronic,” it very much has the writing approach an electronic album may have. I think that does come through in the chord choices and overall feel on many of the songs. We also weren’t rushed in the studio, as our new drummer (Brett Scott) has an incredible home studio. Working at our own pace made a world of difference as we were able to write and change as we went along.”

What was a three guitar band now has one, has keyboards and almost no guitar solos. Ellis feels the band’s sound has a more modern feel. It also has Ellis’ strong voice, guttural in the vein of Jim Morrison but more like the caustic command of Layne Staley. Acoustic, electronic, or electric guitar driven, Ellis’ vocals bear significant presence on songs. In the past it wasn’t always so.

“This is the only project where I’ve sung all the songs every show. All the shows, recording, and practices we’ve done have increased my confidence and range to the point that there are some songs on the new album where I am singing in octaves and registers higher than anything I’ve done before.”

Under new name The Color Exchange they’re working on a new album that’s due in April. They’ll play new material for a crowd for the first time Friday night at The Calico Room (Astro Cowboy, Usually Yandere, Sidewalk Babes), like the moody, atmospheric mini-epic “Tongues,” and “Sparks” which leans more towards the old band’s sound. But “Tongues” is definitely more in the now, a song Ellis describes as being about imperfect halves in relationships.

“Both personal and professional, that thrives when put together,” Ellis said. “In a way it’s a love letter to the mild day-to-day annoyances that come from being in a band, but the memories and art that comes from it, to me at least, makes it all worth it.”

You were faced with band members leaving?

Ellis: One of the troubles with forming a band in college like we did is that invariably life goals change, sometimes at the drop of a hat. Shortly before leaving for our last tour two founding members got full-time jobs. They were able to take time off to make the tour happen and when we got back they decided they had enough and wanted to pursue different activities with the limited spare time they have now. Our drummer quit as well.

Chris Petto and I still enjoyed writing music together, so we got some friends to help us honor our existing show commitments. That necessity of having people play music with us led to us writing for the talents we had at our disposal instead of those we no longer had. The former band members all still live in Chapel Hill, have come to see us play since their departures, and support what we’re doing now.

Is your thinking that this is just a new band?

Petto: Thus far, local reaction to the name change has been overwhelmingly positive. Is this a new band? Yes and no. I’ve always done most of the music and Justin has always done the lyrics and melodies. Day to day it’s the same old grind. We’re still going to play older songs and sell our old records as well. But the new music is certainly different, as is the current image we’re trying to promote, so it certainly feels very new as well. 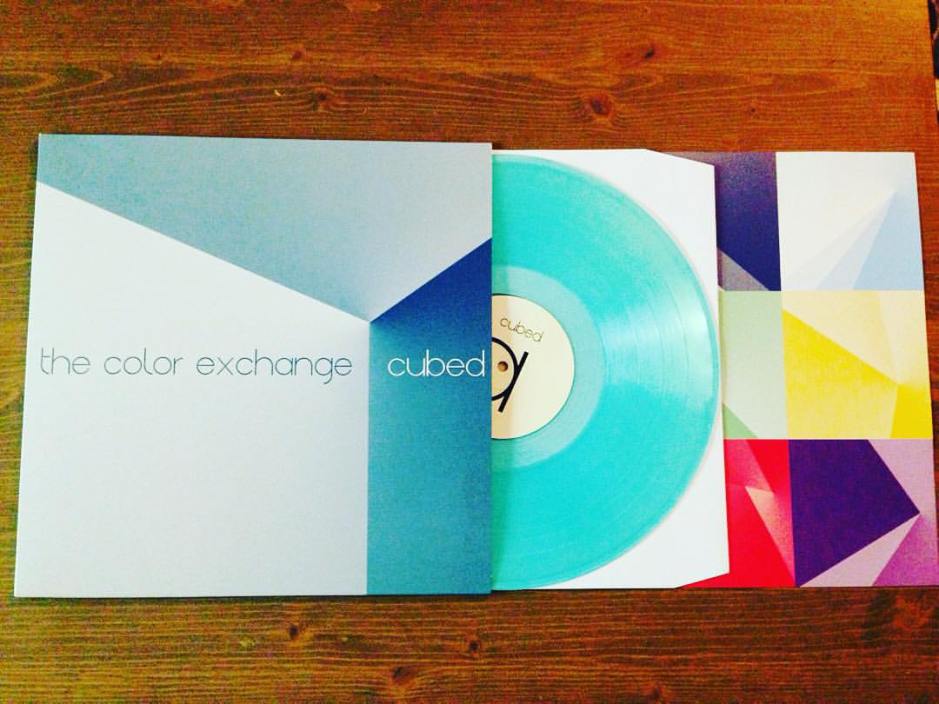 How does the new name reflect what you’re working on?

Ellis: As we are an older band changing names and continuing onward, I feel the new name does a great job of explaining what we’re doing. We’re using our former experiences as a backdrop on which we create or “paint” our new ideas. And with Brett (Scott, drummer) coming from a experienced production standpoint and (keyboardist) Chris McCarty’s classical background coming into play with writing some of the songs and doing the string arrangements for the whole album, it truly feels like all four of us are collaborating and trading ideas in ways none of us have ever done in previous projects.

In the year since playing Wilmington what experiences helped and harmed you?

Petto: We haven’t had pre-show burritos from Flaming Amy’s in twelve months. It’s been hard.

Ellis: Obviously losing three of our five members with only two weeks to recover was a bit of a bummer. But having to get ourselves together so quickly, I think is key to how productive we’ve been since becoming a four-piece. Performing on The State of Things, at a TED talk, and opening for Cymbals Eat Guitars in October were all significant highlights but organizing and playing a sold-out show in our local Planetarium to celebrate the release of Rememory last April is my favorite accomplishment of ours to date.

How have you evolved/changed as a singer and musician?

Ellis: 2014 has been a huge year for us, going on two tours and playing over seventy shows. Though I have sung in bands before, this is the only project where I’ve sung all the songs every show. All the shows, recording, and practices we’ve done have increased my confidence and range to the point that there are some songs on the new album where I am singing in octaves and registers higher than anything I’ve done before which is really exciting and interesting to see how it translates in a live setting.

I’ve also gone from playing bass on half of our songs and just singing on the rest to playing bass and singing simultaneously on all of our songs past and present, which has been a really fun and rewarding challenge.

Will you re-release Rememory under the new name?

Petto: There no plans for this, and I don’t see it happening. We’re very proud of it as it is, and it will still be played live and sold at shows. Putting a new name on it would be a disservice to those that played on it.

“Sparks” echoes the old band to some degree.

Ellis: “Sparks,” sonically speaking, is probably the closest thing we have on our new record to a “Clockwork Kids” song in terms of being a guitar-driven rock song, but the lyrics enter new territory as it’s about my frustration with people being frustrated but not doing anything to change it. So I wrote a song about it.