The white house with the iconic picket fence occupied by Jeffery Beaumont and his family is in a quiet, secluded area in Wilmington.  The production was graciously offered use of the home for internal and external shooting by the woman who owned it. Tragically, the woman passed away five months previous to the publication of this article.

The home is currently empty and the picket fence has been removed. Upon investigating the story behind the famous location several long time residents of the neighborhood that were present during filming offered insight as to the actual events that occurred during production.

As legend would have it David Lynch was guided to the house by the locations manager.  He took one look at the property and said that it would be fine, never instructing the art department to alter the inside or outside of the home. It appeared in the film just as it did in life, picket fence and all.

Though the tale can not be substantiated one neighbor had a vague recollection of the preparation of the insect close-up shot. It is rumored that the bugs were to appear as termites and several crew members were instructed to glue tiny wings to the bugs.

A resident close to the house recalls hearing Lynch and MacLachlan rehearsing lines outside of their window. Upon walking into their backyard they would ask Lynch, “Are we disturbing you?” The director always assured them that they weren’t. 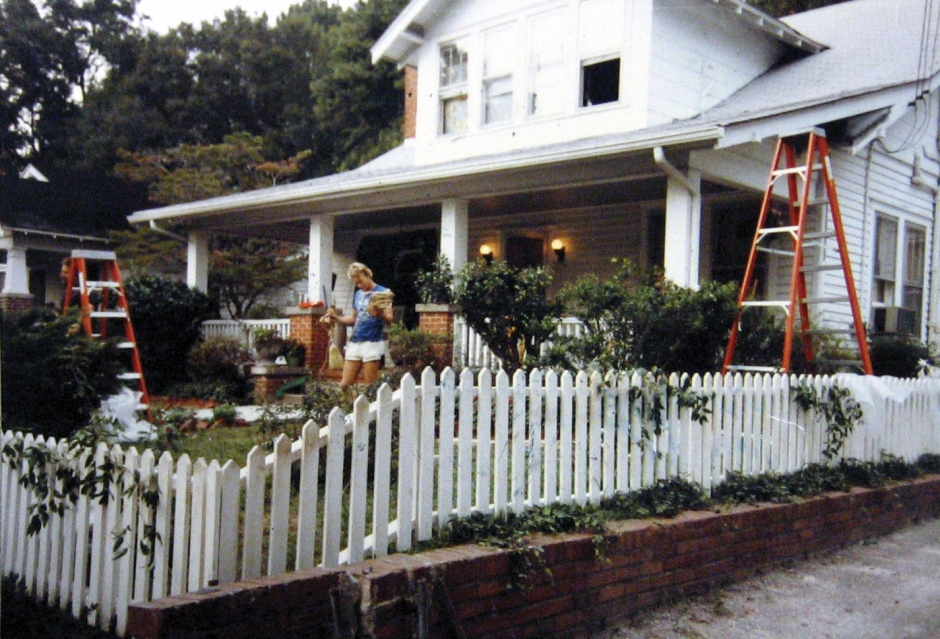 People were very taken by the whole affair, curious to see how this movie magic worked. They were surprised by how many people it took to capture the images and sound that somehow fit together as a finished film.

Of course the most memorable scene shot in the neighborhood was that of a nude and badly beaten Isabella Rossellini crawling out from behind a bush in the Beaumont’s front yard.  According to one resident the neighbors were given written notice that the call would involve nudity and that they should refrain from watching if this offended them.

Contrary to Rossellini’s account there were many spectators throughout the three or so takes necessary to get the shot. Maybe the lighting obscured her view of the crowd. Maybe the concentration and focus of the actress helped her shut it out. We may never know.

One neighbor’s account details the routine of the shot. Rossellini would be behind the bush, Lynch would yell, “Are you ready, Isabella?” She would disrobe and the camera would roll.  They went on to describe Rossellini as a consummate professional, donning her robe after each take, resetting behind the bush to await the next. They asserted that the scene never appeared to be sexual or lewd in nature.

Interestingly, one neighbor who has since moved, didn’t agree. They stood in the crowd and watched each take, then proceeded to call the Wilmington Police Department in an attempt to have Rossellini arrested for indecent exposure. It was this instance that caused the city to revoke outdoor shooting rights from the production.

Miraculously, one more permit was issued to shoot in the neighborhood. One can only imagine the locations manager negotiating such a privilege. It was, no doubt, presented as a small request to shoot a simple but essential shot. Just a fireman on a fire engine waving to the camera.